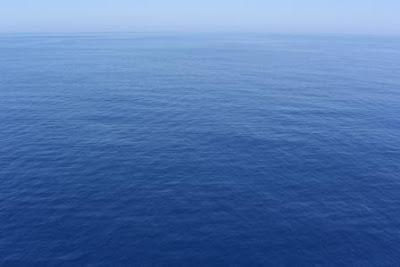 In our last, thrilling instalment, you found me contemplating a rush back to the UK, from Barcelona, to cover important broadcasting commitments.
Two things then conspired to obstruct that carefully honed plan: The British Airways cabin crew strike and the Icelandic Volcano. With Alan Dedicoat unable to leave London, there was only one thing for it: I would have to stay on the ship for the duration.
This was, clearly, terrible news.
I retreated immediately to the nearest bar to consider the situation. Whilst considering, I was momentarily distracted by Pudsey, the Children-in-Need bear, who had commandeered the piano, in a shameless attempt to serenade Radio 2 Pause for Thought favourite, the Reverend Ruth Scott. 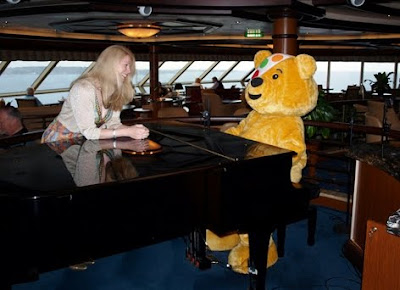 Mind you, I'm sure she welcomed the light relief after her tough session moderating "A Natter With Nove" in the ship's theatre.... 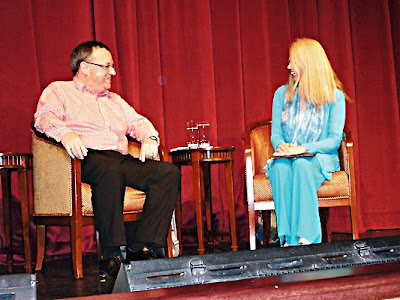 Having come to terms with the shocking fact that I was to be imprisoned on the ship, risking life and limb to thoroughly test Cunard's legendary hospitality, I felt a little light exercise was called for. Here we see a brief venture into Line Dancing, with me and my colleague John "Boggy" Marsh being given expert coaching by Lucy Quipment of the TOGS party. 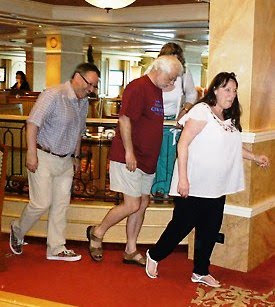 John is not accustomed to vigorous exercise (or any exercise, come to that) and had prompt recourse to the poolside bar for emergency refreshment. This is a man who has two garden sheds so, naturally, the Pina Coladas had to double up too. 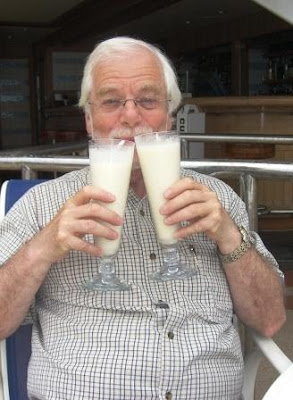 And so, to Cannes, at the height of the world-famous Film Festival. The mighty Queen Victoria anchored in the bay, next to some smaller, but pretty impressive neighbours, like this motor yacht Octopus. Note the two helicopters! There's also a submarine tucked away somewhere in there. The owner is one of the founders of Microsoft. He didn't invite us for cocktails. Miserable sod! 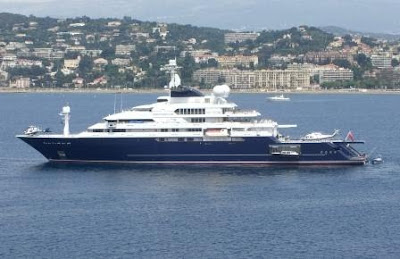 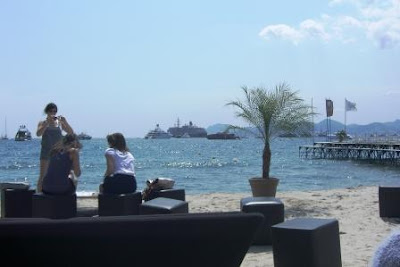 Meanwhile, on the main drag, a fine array of ladders erected by the eager Press corps, awaited action on the red carpet. 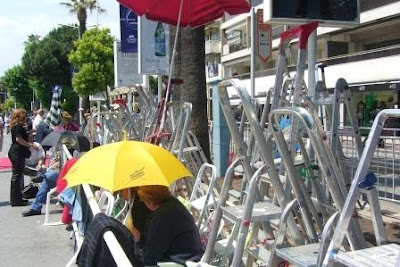 I tried to provide some of the aforementioned action, but they seemed unimpressed! 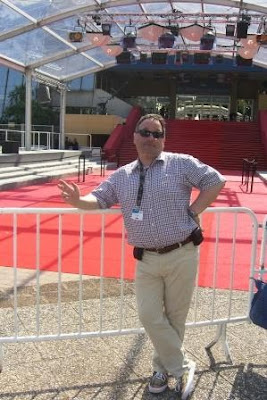 Back aboard, Sir Terry Wogan joined us in time for a bit of book signing, meet & greet and general bonhomie, culminating in shipboard version of his Weekend Wogan show, with music and laughter in the splendid surroundings of the Queen Victoria's Royal Court Theatre. Here's me getting stuck into a round-up of some of the voyage's many goings-on.... 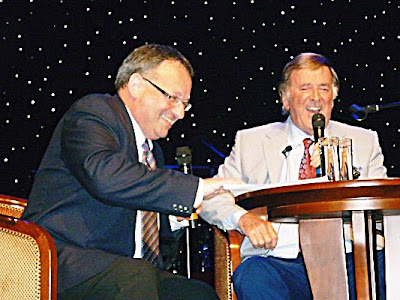 ...not least the tale of the party of TOGS on the return leg of a coach trip to Naples who suddenly spotted six ladies of dubious virtue stationed at the roadside, displaying their ...er.... wares to passing travellers. When the working girls saw the TOGS on the bus, they quickly put their wares under cover, to the considerable chagrin of certain of the party! And, after a revelation like that, time to leave the stage! 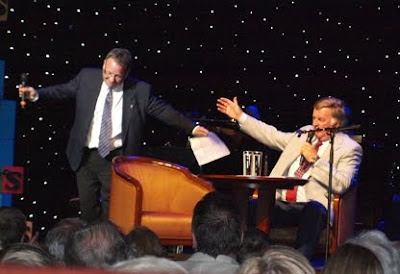 So, there we have it! There's much more I could drone on about, but I've kept you long enough. The good news is that the efforts of the TOGS on the voyage, combined with the generosity of our friends at Cunard, raised over £81,000 for Children-in-Need. That, plus a good time had by all, is what I call a result!

Just before I go, a quick glimpse of a neat bit of design. One of the lovely things Cunard have done with the look of these ships is to keep a continuing reference to the history and tradition of the line, and ships of the past. The whole interior design is full of elegant curves, sweeping lines and wood panelling, and little touches like this: 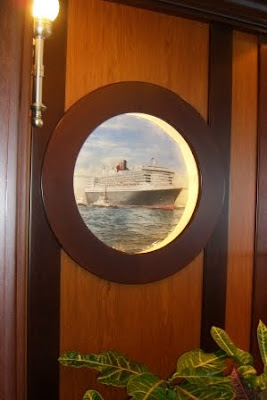 Lovely surroundings, and a ship's company who really do exemplify their employer's motto: Legendary, Elegant, Memorable.
It's been great fun to be a little part of! No mention of Hemispheres, Charles?

I've never heard of such a place. It sounds dangerous....

Shame I have photographic evidence...
You put us twenty-somethings to shame!

All the best from the only TYG on board,
Rebecca